This is a novel to tell.

Esoteric Pro Audio was born on the limitless passion of its founder, Mirko Marogna.

…I remember that, when 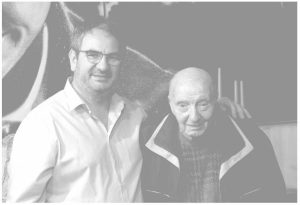 I was about ten, I always went to church on sundays and I always chose the 9 AM ceremony, so to have time afterwards to visit Giulio, a family friend who managed an hi-fi exhibition as a part time activity in the evenings and holidays. I still remember those Klipsch La Scala’s, which gloriously stood by the entrance: that was my real cult on Sunday mornings, with all due respect to the Great God…

When Mirko was twelve, father Severino’s first stereo system appeared in the family house; he was an enterpreneur in the food industry, and that was his gift to his sons Mirko and Ivo for music listening. By that time, having “the stereo” at home was quite common, kids were meeting to listen to music and they usually tried to go at someone’s with the best system, to enjoy the latest hits at their best; this led all of them to improve their rigs to stand out.

After teenage period, looking for a good sound became an obsession and this was further enhanced by the common attitude of both brothers.

…I remember that, when I was twenty, while my friends went looking for gals at the disco, my brother and I spent our nights at much older passionates’, to listen to magnificent systems. We became kind of mascots just because we were the only young guys around to attend such elegant, expensive and dedicated gatherings…

Such gatherings were then joined by a special man, kind of an idol to all of us, due to fabulous tales about him which were spreaded like the ones of a winning hero; we looked at pictures of his crafts with a worshipping admiration, we friendly called him “Bè”, his art name being Bei Yamamura. 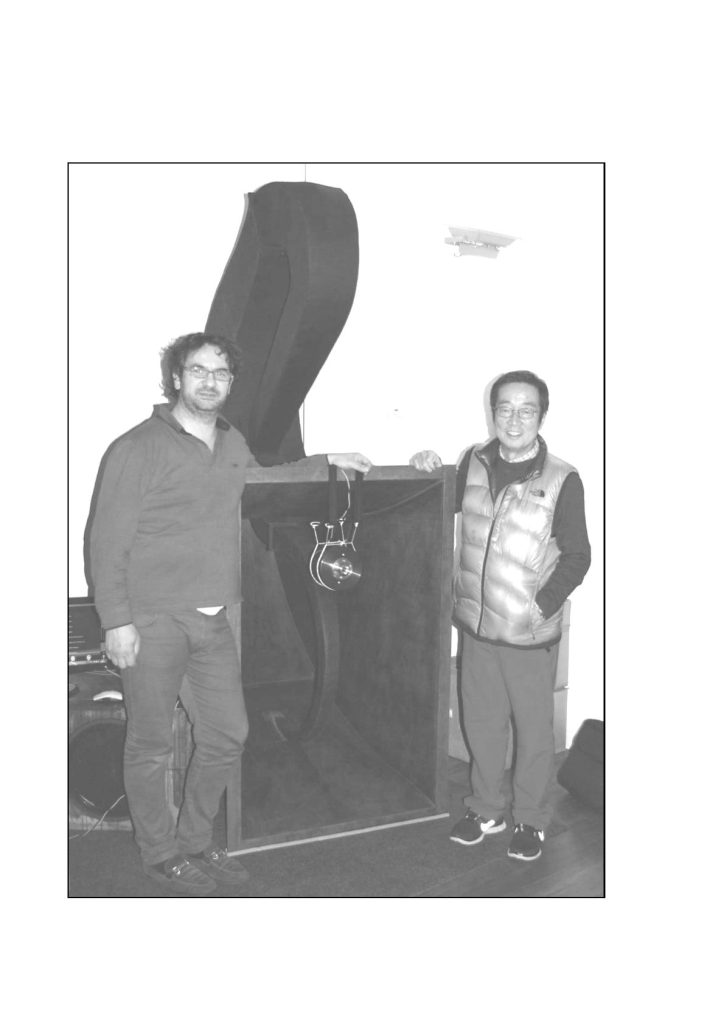 …We had met several times; even before my passion became my job, I listened to each one of his words with interest and attention, then I elaborated on them in my mind, for days and days. Thankfully, Japanese culture is not secretive, therefore I was told many “secrets” of his world. Time after time, my passion became a profession and our talks went from myself religiously listening, to confronting each other, especially about digital audio processing management. I will never forget a dinner where we were sitting next to each other: after I shared some thoughts on the crossover slopes of his reference system, totally diverging from his idea, he told me: “Mirko, when will you have some time for me?”. That moment was beyond words: becoming conscious that the man who I always considered like a god was actually growing an interest into my thoughts and visions was, to me, touching…

Let’s make a step back, towards a choice that many people considered nonsense: Mirko decided to leave his family’s business to fully concentrate on his passion. He met Carlo, who was building PA speakers in his second job and was running a small service, setting up shows in squares around town.

The adventure had begun!

Mirko and Carlo decided to start a journey together to grow this little business, but their collaboration only lasted two years, due to their different visions: “I understand that it’s very difficult to follow me in my ideas, my fantasy always pushes the boundaries too far away and many will find them utopic”.

After the split, Esoteric Pro Audio was born: the name clearly says it all, building professional audio systems with the same care and devotion usually associated with hi-end high fidelity.

…I remember the first day of my new company: I entered a half empty warehouse, I took a look around and asked to myself: “And now, what shall I do?”. There could only be an answer, brought by self determination and the deep desire of personal redemption, a mixture that releases enormous amounts of energy: “Now we will make the most beautiful audio systems in the world.”… 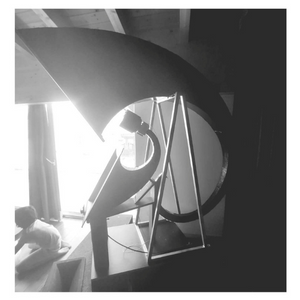 All the know-how which was earned in making pro-systems becomes strategic to develop hi-end system with a different mindset, and Mirko also begins to study the techniques of concerts amplification, he wants to become “Sound engineer” – which is not a degree you get from a university, but a title that is given to sound technicians. Along his journey, Mirko sets up hundreds of live music concerts of all kinds, and this will help him to know and understand the tone, the dynamics and the timbre of live instruments, a mandatory requirement to judge his own audio crafts.

While the professional audio business flourishes, Mirko never abandons his first love, dedicating to develop hi-end systems made by his master Bè, which were owned by friends and acquaitances. Meanwhile, he starts the design of his current reference: a huge eight-way experimental system, hand crafted by Mirko himself including the horns, designed after an in-depth analysis of their intrinsic flaws. Finally he manages to enjoy their benefits without suffering from their timbral colorations. It’s a world’s first.

Almost eight years went into the development of this system, which is still evolving nowadays, generating concepts and theories which have been applied to all of his designs, bringing the whole range of prodcuts to mind blowing performance levels.

And the rest is history.